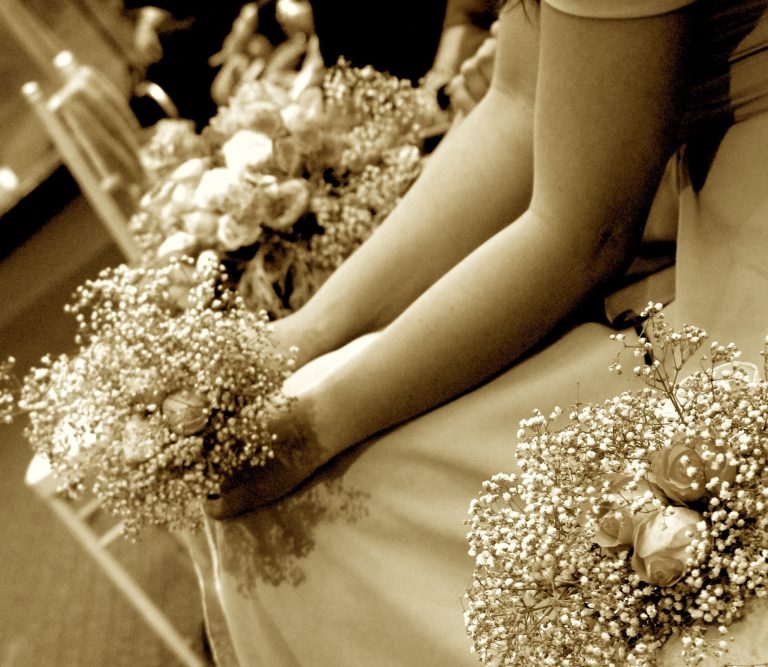 A Tale of Two Elizabeth Rainbows

Rainbow seems to be an unusual surname but in the 19th century it appears it was not that rare.  Common enough for there to be confusion, as happened with the family of Jabez Rainbow.

If you don’t know about bad boy Jabez (you can read more  about Jabez here), in short as a young man he was a runaway apprentice who joined the army and tried to kill his girlfriend by cutting her throat.  He was transported to Van Diemen’s Land (Tasmania) in 1842.

This is where the confusion arises.  Jabez’s father, Joseph Rainbow was a lawyer’s clerk who lived and died in Coventry, UK.   In Van Diemen’s Land there was also a Joseph Rainbow, a thief transported from another area of the UK.  Some genealogists have mistakenly assumed that this was Jabez’s father.  Added to that confusion is the fact that both Jabez and Joseph had daughters, born within a couple of years of each other, called Elizabeth.

One Elizabeth Rainbow married a James Gunton and the other a William Brundle.

When I did my original research around 15 years ago I was convinced that ‘my’ Elizabeth married William Brundle.  However, because of my less developed attention to logging sources of information, when a fellow genealogist gently challenged my assertion recently I found I didn’t have a record of why I was so sure.  The marriage records of both girls do not include father’s details.

It was time to go back to the start, review my research and find the truth.  Which Elizabeth Rainbow married William Brundle?

So here are the facts: Jabez Rainbow married another convict, Eliza Maycock in 1848 two weeks after Eliza gave birth to the their only child, Elizabeth.  After Jabez died in 1860 Eliza went on to marry William Whitbread.  A clue that I had the right Elizabeth was that Elizabeth Brundle named her first child (one of twins) Eliza, after her mother?  Not exactly proof though.

Then I came across this newspaper clipping from the Hobart Mercury dated 1904.  The death notice of Eliza Whitbread (nee Rainbow) who died at the house of her son in law, William Brundle.  Bingo!  Very little in genealogy is 100% certain but that is close enough for me. 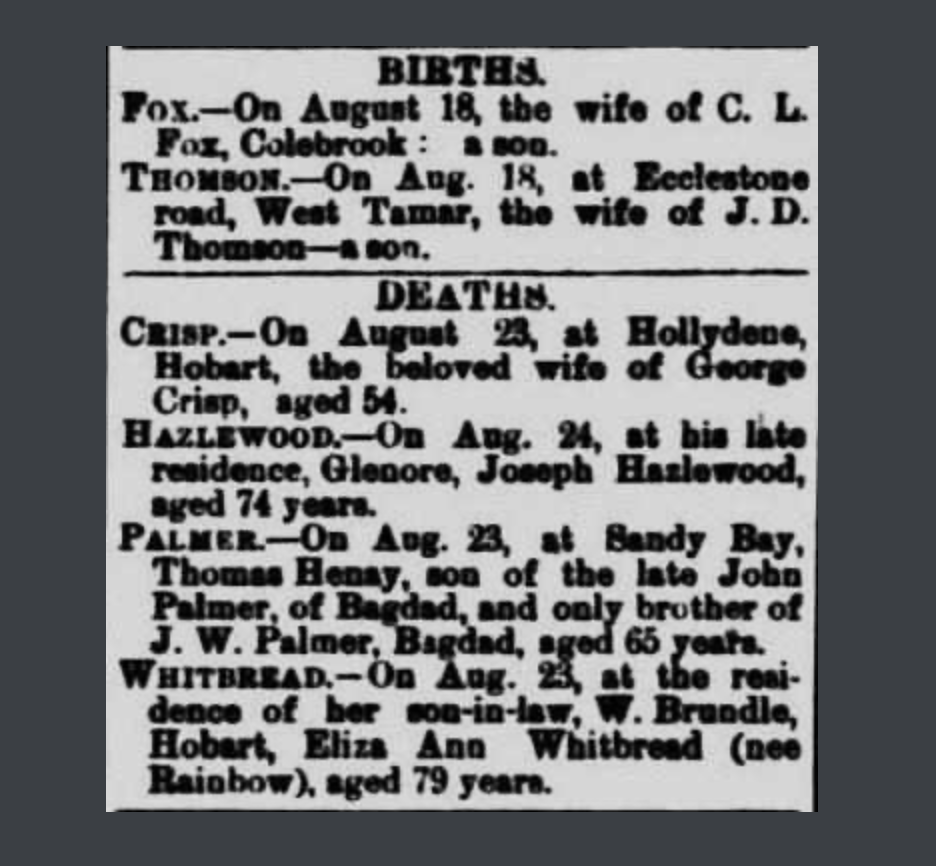